Substation Safety: What Will You “Settle” For?

Hilton Mills, HP&D grounding specialist, was presenting at a technical conference about best practices for testing substation grounding systems. During his presentation, he stated that after a ground grid is freshly installed, it will take some time for the voids in the soil to compress, providing a good connection between the ground grid conductors and the soil. Immediately after installation, these voids can cause higher than designed (calculated) impedance, touch, and step values, which should lower over time.

During the Q&A session, a utility engineer asked, “Is there a recommended time we could wait after the grid trenches are backfilled to measure the grid impedance where it may be approaching a stable value?” It’s an interesting question since the site location, conditions, and soil moisture play a significant role. Additional contributing factors include the amount of cut and fill, whether water is added to the ground grid trenches during backfilling, if conditions are wet or dry, and if construction is completed in the winter as frozen soil can contribute to grid resistance. 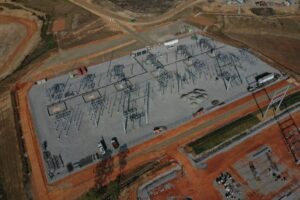 Another factor to consider is that the light film on coated copper conductors (possibly for corrosion protection) can interfere with the copper to soil electrical bond. We have tested many freshly installed sites, including ones with GEM encased ground rods in 3-inch holes, and “failed” them due to the high ground grid impedance and elevated touch voltages. However, our subsequent re-visits from 6 to 12 months later found impedance, touch, and step measurements acceptable.

Unfortunately, there are no official standards or research supporting recommendations for testing periods. Settling time is also dependent on the site and seasonal conditions. According to Mills, there is a protracted delay in getting to the designed grid impedance value when poor fill material is used and no water is added during the backfill and compaction process. The amount of cut and fill also plays a role because when you cut off good soil (low resistivity) and have poor soil beneath (high resistivity), the site might not achieve the design value. We have had many cases where the soil resistivity tests were performed in virgin soil on or near the site. The grading contractor brought in inferior fill material, increasing the site soil resistivity, and therefore increasing the site grid impedance (see Dirt Cheap).

IEEE Standard 81 states, “After the installation of a substation or other grounded structure, the settling of the soil with annual cyclical weather changes tends to reduce the ground impedance during the first year or two.” For example, HP&D tested grid impedance multiple times at a new substation in north Georgia and found the grid impedance value improved (was lower) each time, leveling out between the 12- and 18-month tests. 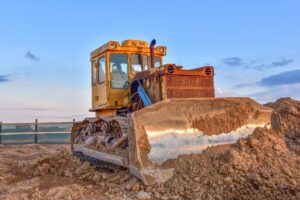 HP&D tested a newly installed ground grid during the winter in the northeast as a requirement prior to energization. While we anticipated the measured value would be higher due to the site conditions, we did not expect the impedance result to be seven times higher than the calculated value. While touch and step values measured below the maximum permissible values, the high grid impedance warranted retesting later.

Ground grid testing timing is not explicitly covered in IEEE Std. 80 or 81, but clearly, timing is important. While testing at installation is a best practice, it can result in higher measured grid impedance, touch, and step values compared to the design values. Then, the utility must determine whether remediation is warranted immediately or whether to hold out for lowered impedance values as the site soil settles. If measured values indicate unacceptable touch and step values per IEEE Std. 80, then immediate remediation will likely be needed. On the other hand, if measured values are higher than desired but within allowable calculated values, it would be prudent to retest impedance, touch, and step at 6 to 12 months to confirm measured values are in line with the design values and allow a safety margin for future growth.