Earth Grids Are Easy… Or Are They? 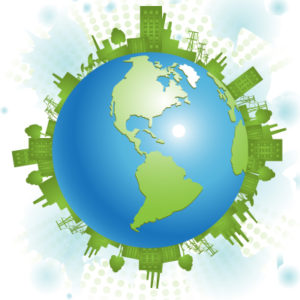 Its purpose is to use the earth as a current-carrying conductor to dissipate noise currents and conduct dangerous lightning and power fault currents. Earth is a very good electrical conductor due to its mass and its availability to everyone at all locations throughout the world. This global access to the earth allows grounding systems installed on opposite sides of the world to connect. In fact, this was the case for a project I consulted on where a submarine cable was installed along the ocean floor between Japan and Hawaii; the two site locations use their grounding systems to connect to earth, which provides a return path for the 1.0 ampere of DC current used to power up optical repeaters in the cable.

Another, perhaps less understood benefit of the ground system is that it can provide a common (near zero) voltage reference to all structures, electronics, and other equipment connected (bonded) to it. Because the grounding system can conduct current at times, its near-zero voltage status will change, often increasing to several thousand volts, when current is passing through it on its way to earth. This ground potential voltage is a function (product) of the current flowing through the grounding system and the impedance/resistance of the grounding system’s contact with earth.

There are various methods for measuring grounding system impedance, including Fall of Potential (FOP) and various computer-based test methods.